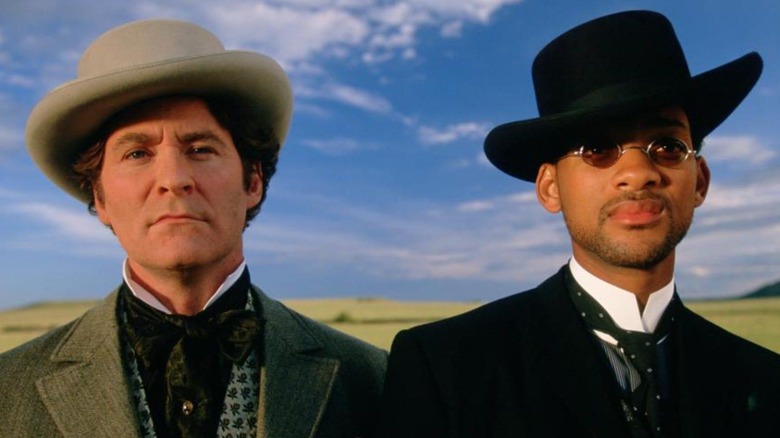 I don't care how many times Will Smith jokes about passing up playing Neo in "The Matrix" in order to star in what he considers his worst movie, "Wild Wild West," in 1999, that movie blew my little 9-year-old mind. 1999 is one of the best years for movies across all genres. A small sample of 1999 films include ​​"Fight Club," 'The Sixth Sense," "She's All That," "The Green Mile, "South Park: Bigger, Longer, and Uncut," "The Boondock Saints," "The Mummy," "The Blair Witch Project," "Being John Malkovich," "Runaway Bride," "Toy Story 2," and "The World is Not Enough." From indie films to big budget hits, everything released in 1999 seemed too good to fail. Everything, that is, except "Wild Wild West." 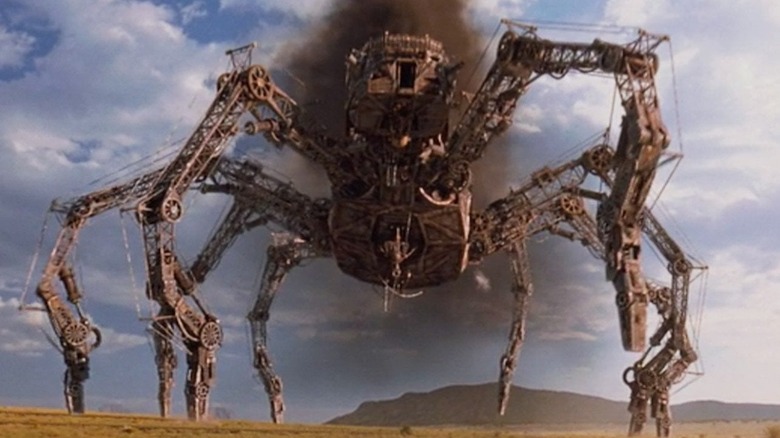 Based on the popular "James Bond meets the wild west" show of the same name from the 1960s, "Wild Wild West" is about a set of Secret Service agents, Civil War hero James West (Will Smith) and U.S. Marshal Artemus Gordon (Kevin Kline) who have been instructed by President Ulysses S. Grant (also Kline, for some reason) to find the whereabouts of America's key scientists and to stop a treasonous plot by ex-Confederate General "Bloodbath" McGrath. On their journey, they come across ex-Confederate scientist Dr. Arliss Loveless (Kenneth Branagh in a steam-powered wheelchair) who wants to overthrow the government and replace them with slave owners. With the help of the mysterious Rita Escobar (Salma Hayek) West and Gordon save the day by defeating Loveless in a rigorous battle in which he falls to his death off a cliff inside of an 80-foot mechanical spider he built for himself to use as a weapon.

As a child watching "Wild Wild West," the logistics to the storyline and the uh, I guess we'll call it "comedy" of the script had no impact on me. However, the pure spectacle of this science-fiction, steampunk Western was captivating. Regardless of how anyone feels about the movie as a whole, the design and costuming of "Wild Wild West" is remarkable. Between the period piece looks, an exploding Abraham Lincoln head, high-tech steam powered trains, and a jet powered penny-farthing bicycle, magnetic collars, and of course the 80-FOOT-MECHANICAL SPIDER, it's easy to see where the budget would rack up a pretty penny. 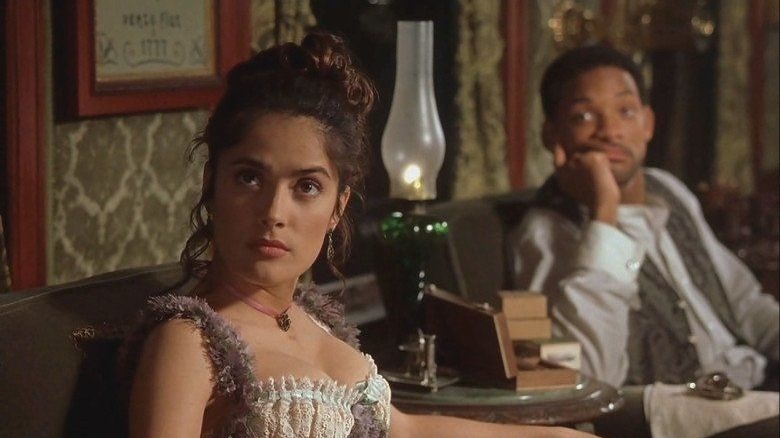 Questionable decisions are frequently attributed to producer Jon Peters who famously requested that the horses in a movie set in the Old West be replaced with motorcycles — you know, something that hadn't yet been invented — but a major factor in the film's bloated budget came after test audiences gave their reactions. They found that Will Smith wasn't funny enough and they wanted more sex appeal. According to actress Sofia Eng, she estimates that Warner Bros. shelled out somewhere around $20-$40 million dollars on reshoots. The added humor completely changed the tone of the movie, and what ended up on screen was well, an expensive mess.

The production of "Wild Wild West" seems to be a product of too many cooks in the kitchen, and the real shame is that somewhere in the mountains of footage shot, there's probably a wonderfully fun movie hiding underneath Will Smith in drag and gratuitous shots of a woman's butt.

Read this next: The 20 Best Westerns Of All Time

The post How Wild Wild West Became One of the Most Expensive Westerns of All Time appeared first on /Film.