En route to becoming financially literate, one of the most important lessons to learn is that personal finance is both personal and financial. The “finance stuff,” i.e. the math, is relatively easy to learn. However, it must be combined with your own personal values, temperament, and behavior. People don't rack up 20% credit card debt because they can't do math. That's why just paying off their credit cards for them doesn't fix the problem. Without a change in behavior, they will just build up the debt again. 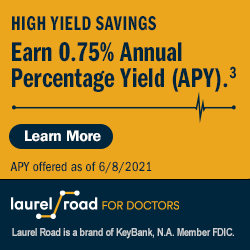 Much of our financial misbehavior is due to thinking improperly. While none of us will ever be the hypothetical, Spock-like Homo Economicus, investors should be aware of some of the major behavioral finance errors. Perhaps chief among these is the sunk cost fallacy.

What Is the Sunk Cost Fallacy?

The sunk cost fallacy is the idea that money you have already spent should influence future behavior. It shows up in a dizzying array of financial situations. What all of these situations have in common, however, is that the costs are already “sunk.” They're already gone. They should have no influence on future behavior. “The water is already under the bridge,” “the horse is already out of the barn,” and “the milk is already spilt.” Let those sunk costs go.

Examples of the Sunk Cost Fallacy

I'll bet you can relate to one or more of the following examples of how the sunk cost fallacy affects our thinking, our finances, and our lives.

Waiting to Break Even Before Selling

One of the most common ways the sunk cost fallacy shows up is in the unwillingness of the investor to take a loss. Imagine you bought a stock at $35 per share. It subsequently drops to $25 per share. You wish you had not bought it. You would not now buy it at $25 a share. You no longer think it is a good investment. But you hold on to it because you don't want to take the loss. You don't want to admit you made a mistake. You want to at least get your money out of it. The worst part about this scenario, at least in a taxable account, is that you SHOULD take the loss, even if you want to keep the investment, in order to tax-loss harvest. 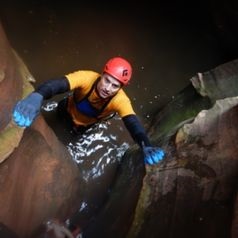 It shows up a lot with whole life insurance, too. “But if I just keep the policy for another seven years, I'll break even on it.” No, your loss is already gone. It was used to pay the commission of the agent who sold it to you. Let it go.

This happens with rental properties and even homes. Somehow, we tie ourselves to the value we paid for it, as if that should be relevant to any future decision we make. Granted, sometimes due to excessive leverage, you literally cannot sell something because you cannot bring enough cash to the table to pay off the lender. But the price you paid for something should not affect your decision to later sell it. That's a sunk cost.

Not Cutting Back Your Lifestyle

Sometimes attending physicians realize they're not on a good financial course primarily because they're spending more than they should. But they stay in the big fat house because they've already made a down payment, they keep driving the Tesla because they have already bought it (on payments), and they keep their kids in that expensive private school because they've already made the commitment to the kids and the school. While the transaction costs should be considered, an overinflated lifestyle is, in many ways, simply a sunk cost that should be ignored when selecting your lifestyle expenses moving forward.

Ever gone to a buffet and eaten more than you should have “to get your money's worth?” Sunk cost. Even worse if you're eating something at home that you hate just because you already paid for it. Or maybe even eating food that might make you sick. Or eating burnt brownies and brown bananas. Throw them away.

Imagine you go to Disneyland. By 11 am, the kids are screaming and nobody is having fun. All anyone wants to do is go back to the hotel and watch TV. But you paid $110 each to go to the park and you want to get your money's worth out of it. You're staying until the fireworks at 9:30 pm no matter what. Sunk cost.

How about driving through a dangerous blizzard to see a concert or a musical because you forked out $150 for the ticket? You'd never make that decision if you hadn't already paid for the ticket.

My contractor found it fascinating that once someone put $1,000 down on a home remodel, they always carried through with it. Even if it was a seven-figure remodel. A tiny sunk cost became a huge commitment.

When you put a new home under contract, it is routine to put down some earnest money that you'll lose if you back out of the deal. How many people go through with it and buy a home they eventually regret just for a few thousand dollars in earnest money?

Ever watched an entire movie when you realized you weren't going to like it 30 minutes in? Or read an entire book just to feel like you accomplished something? Sunk cost fallacy at work. It's even worse if you paid money for the movie or book.

The sunk cost fallacy is sometimes called the “Concorde Fallacy,” after the famous plane program that never really paid for itself. People just kept “throwing good money after bad” because they had already paid so much. Similar thinking probably keeps our nation involved in wars and nation-building longer than it should, thinking “We've lost too many lives to quit now.”

How many of us have not fired an employee we should have because we gave them a signing bonus or paid for their move? How many hospitals have not ditched a lousy EMR because they spent so much training staff to use it? All sunk costs. Heck, there are probably people staying in bad marriages due to the sunk cost fallacy.

Why We Fall for the Sunk Cost Fallacy

Why do we do this? Well, there are a few reasons, all psychological.

We hate to lose. Losses cause much more pain than gains cause pleasure. Louis CK has a famous sketch about how people are unhappy about flying despite being in a “chair flying through the sky like a bird partaking in the miracle of human flight.” They're mad because the WiFi isn't working, something they didn't even know existed five minutes before. But now that they've lost it, they are unhappy. With loss aversion, the price you pay becomes a benchmark for the value you feel you should get out of the product or experience. In reality, the price paid should now be irrelevant. Interestingly, we are far more likely to take on risk when something is framed negatively, i.e. as a loss, than we are when something is framed positively.

It turns out that if you were responsible for the prior decision, you are far more likely to exhibit sunk cost fallacy-related behavior about it than if you were not responsible. When I helped my parents fire their advisor and move their portfolio from individual stocks to index funds almost two decades ago, it didn't bother me a bit to sell a bunch of losing stocks because I felt no responsibility for having bought them in the first place. That would have been harder for them or their advisor to have done.

#4 Desire Not to Appear Wasteful

We don't want to appear wasteful to others or to ourselves. That's why we eat all the food we ordered and why we're so fat on average. It's the same reason I feel an obligation to get out and use my wake boat, my raft, and my snowboard frequently. If I'm using it, I can say to myself it was a good deal to buy it. It's one reason timeshare owners keep taking the same vacation over and over again even though there are other trips they would rather take. They want to prove that they weren't one of those “stupid people” who fell for the timeshare pitch.

How to Overcome the Sunk Cost Fallacy

The first step is to simply recognize that it is affecting your decision. Then, do your very best to remove it from your decision-making process. Take pride in your newfound ability to recognize the opportunity cost of continuing down your present pathway.

What do you think? What is your favorite example of the sunk cost fallacy? How has it affected your thinking? What have you done to overcome it? Comment below!