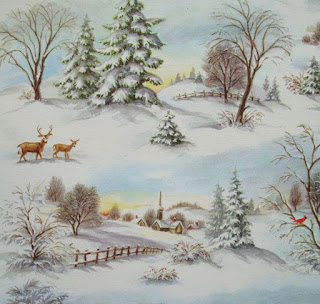 I am loving this season of the year when I can find so many lovely things to share! With the chilly winds that blew in for us last Sunday evening, and the heater running all through the day I was reminded that we were just a couple of weeks from winter...and now, at the end of this week, we're just ONE.

"Snow crystals," Ukichiro Nakaya wrote in 1939, "may be called letters sent from heaven."

Snowflakes. I put some glittery snowflakes out on the buffet. I'd thought fake snow would be fun, but we decided that was a messy temptation to little fingers. As it happens, Josh came in after school the other day and asked immediately if we had our tree up. He was delighted with the decorating I'd done thus far and grabbed one of the glittery snowflakes to take home. There was a trail of glitter across the kitchen floor that we didn't see that afternoon but noticed the next morning when John was leaving for work. I told John it was like a pixie had trailed through the house, lol.

We seldom see snow here. I can count on two hands the number of times we've had snow in my lifetime and five of those occurred in the 23 years we've lived in this house. Since it is a rarity it's both a powerfully beautiful and frightening experience. Southern folks have no idea at all how to drive in snow or ice. But here in the country, we tend to snug in and should electricity go out (it never has yet) we do have an alternate means of cooking and heat. I always draw up buckets and tubs of water for those rare times when it's predicted just in case.

However as I said I find it a beautiful thing. The world about us is completely transformed. The trees and yard take on an appearance of something from another world. I love to hear the utter silence that envelops the land except for the soft whispering of the falling snow. I can afford to romanticize it since I never have need to leave home if such weather comes. Honestly, we're more prone to snow in November or March than any other months of the year, but how magical it would be to have snow for Christmas!

A friend who works with a natural history museum shared a link on her facebook page...Real snowflakes are Exquisite things. Click on that link and the ones to follow to see God's creative beauties. Here's a video about how they are formed. And a slideshow of still more lovely images. Be sure to read the paragraph below each photo to learn about the pioneer photographers/scientists who studied snowflakes. And last a grouping of snowflake photos. I clicked on the 'Natural Snowflakes' section on the main page to find these images. 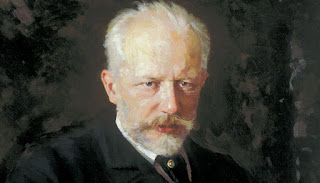 Pytor Ilyich Tchaikovsky "The Nutcracker Suite" premiered in March 1892. Tchaikovsky is one of my favorite composers. His music is intricately busy, but always lovely. However, he was not at all revered in his day for his compositions. No indeed, many complained that they were 'Too noisy!' He wrote several compositions over his career. He only lived to be 53 years old and "The Nutcracker Suite" was one of his last compositions as well as one of his best known.
One of the most beautiful portions of the ballet to me is "The Waltz of the Snowflakes". The two times I have attended the ballet in Macon during the Christmas season, it was the beauty of this dance and music that brought me to tears both times.

I shared a wardrobe post this week and had a photo of some of my scarves that I plan to incorporate into this capsule. Scarves are wonderful accessories when the weather is cooler. I avoid the infinity type scarves because I have a short neck and tend to look a bit as though I'm being swallowed, although in winter this can be quite cozy if the weather is bitterly cold. I've found in our summers, even the gauziest scarf is like a heating pad about the neck but in fall, winter and spring, I love adding them to my outfit for a splash of color.

Anne asked how I wear my scarves. I generally tie mine in one of three ways: fold square scarves in a triangle and simply loop about my neck and knot at the ends, allowing the point of the triangle to drape over my back, front of my shirt or over a shoulder; fold in a triangle and then roll into a cylinder and knot in the middle and then tie ends together and wear the loop with the bigger middle knot in front or a bit off center to either side; or simply fold into a triangle then into a cylinder, put around my neck and tie a knot midway up wearing it like any other long narrow scarf. Admittedly I am limited in how I wear them but simply because I am impatient in getting dressed. However, there are some lovely tutorials on how to wear scarves of all sorts.

I like to watch Dominique Sachse's hints for makeup and fashion both. She's a well known tv personality apparently, though I've only ever seen her on YouTube. Her easy to follow instructions are worth watching. Here's how she wears her scarf in ten ways, some of which I described above.
Need to know how to wear a blanket scarf or longer challis scarf? Look here. And here's one last tutorial using a single square Hermes scarf. She folds them a little less neatly, no doubt to cut down on time in the video but it does have a few more ideas that one might use.

Watching these videos, especially the first and last ones, were a good reminder of how I could try still more looks with my own scarves.

This is what I wore out to grocery shop this week. It was a chilly morning, cold enough to warrant socks with my shoes something I seldom wear. I should have put on a jacket perhaps but I found with the car heater I was comfortable and by the time I'd unloaded and packed up my groceries at Aldi I was gleaming a little and took off the scarf for the rest of the day. It's funny how much warmth something so light can add to the body.

I dug about in my stack of jeans and found the darkest wash ones I have. I don't much care for the boot cut leg but the jeans do look nicer than the ones I had shown in the capsule post. I wore a white tank top under the 3/4 sleeve cardigan which was a very nice additional layer for warmth. I felt very comfortable all day long at every task I approached. To play off the green in the challis fringed scarf I have about my shoulders, I used my green glass necklace and pendant.


Another morning I went out to breakfast with John. I wore this: 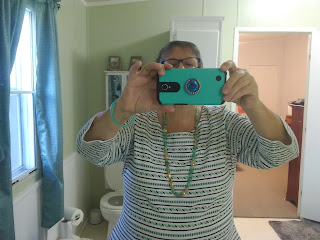 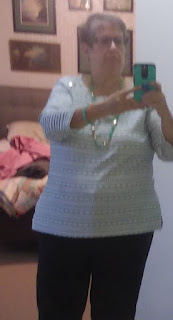 This shirt was also from the thrift store with new tags attached. I wore with the black jeans on this day and chose one of my clearance priced necklaces to dress it up a little more.

I forgot to take pictures of the outfits I wore the rest of the week. Every time I thought of it I was already on my way out of the door and I changed before I thought of it when I came back. I'll try to do better with this.

I have a lovely old copy of The World's Best Fairy Tales: a Reader's Digest Anthology that was Granny's. The pages are falling from the book, but it has a red and gold cover and gilded pages and is just beautiful. It was my most favorite of her many books, all of which were freely loaned. 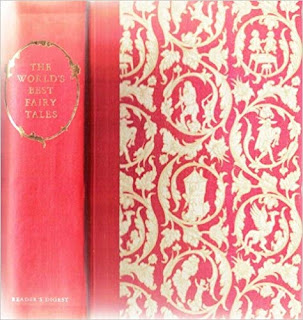 Have you ever read the fairy tale, "The Fir Tree" by Hans Christian Anderson? For some reason the other night I remembered reading it over and over again in my childhood and felt I simply must read it again. It is included in that book of fairy tales I have. It is the story of a fir tree and while as a child, I felt keenly it's longing to be 'anywhere but here', I confess that I found the story incredibly sad and thought provoking. How much time that little tree wasted wanting to be something more instead of taking things as they came!


Do you know how you'll find yourself confronted with a person, place or word repeatedly until you finally say "Ok stop! I'll discover more about right now!" Malcom Guite is one of those personages I can't seem to get away from lately. I first saw his name on The Cultivating Project roster of authors. Then Joy Clarkson mentioned him. Then Lanier Iverson. He also appeared in Sally Clarkson's post this past week...It was she who mentioned an Advent reader he'd authored, which I received in the mail last week, Waiting On The Word. 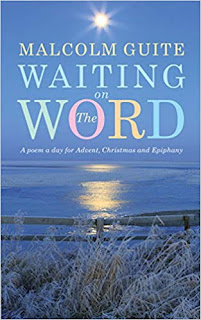 I had only to read three days to catch up when it arrived. It's a beautiful advent read.


Advent is not something I grew up with. It wasn't until I was an adult that I even heard of Advent calendars. When Katie was small, we attended the local Methodist Church and they followed Advent each year but I really wasn't sure what was going on. It wasn't until two years ago when our own church, an Assembly of God, gave out free Advent books to the congregation. That year as I followed along, I learned what it was about at last, in my late 50's.

This is something I've come to truly enjoy. I followed along with an Advent daily devotional last year and signed up for another this year but I'm enjoying the readings in this book very much. It opens with a poem by Christina Rosetti titled "Advent Sunday" and begins,

Behold the Bridegroom cometh: go ye out
With lighted lamps and garlands round about
To meet Him in a rapture with a shout.

Beat butter and sugar until creamed and fluffy for 2 minutes. Add eggs and beat about 2 minutes more.

Add in dry ingredients with mixer on low. Mixture may look dry at first but will for a dough. (Mine came up as a soft dough)

Form teaspoons of dough into balls and then roll in the sugar mixture. Place 2 inches apart on a parchment lined cookie sheet. Bake about 11 minutes until tops crackle.

Let sit about a minute or two then remove to a rack to cook completely.

Note: The original recipe calls for baking these cookies ten minutes at 400f. I found that the cookies burned in my oven and that the lower temperature was much better. Adjust according to your oven. Also be sure the chili powder is fresh and fragrant. It makes a huge difference in flavor.
(C) Terri Cheney